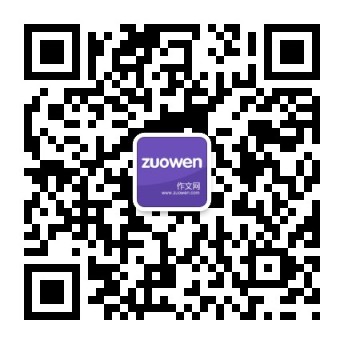 Christmas, like our Spring Festival, has a meaning in itself. Christmas Day, which is on December 25, is the birthday of Jesus Christ--the son of God. That's why it is called Christmas. On that day, Christians would get together with their families to celebrate the birthday of Jesus. But nowadays, the religious meaning of Christmas has become less emphasized. To many families, it is just a time of family reunion and the ever-exciting present-giving.

Our school had been on winter vacation since December 11. I stayed at my friend, Stephen Stapczynski's house--his family was my "host family". Although Christmas was still more than ten days ahead, the festive spirit had already been teeming everywhere. The Christmas tree had already been set up, and on every windowsill, there were Christmas lights. On the first day I arrived at their house, Stephen and I helped Mrs. Stapczynski put decorations on the Christmas tree. The tree looked so nice with all the lights on and the beautiful ornaments dangling from its branches.

As Christmas came closer, the whole neighborhood had made preparations too. Some people would hold parties at their houses, inviting all their neighbors to come. So every night, if you went out, you would see a long line of cars parked in front of some house--a party's on!

What's more, the Christmas decorations that some people put on their windows and in gardens were just amazing. On one night, we went out in our car for a "tour of lights". There was one street that was so famous for its lights that it got its way into the local paper. We had a hard time finding the well-hidden street, but it turned out to be worth the effort. Lights shone brightly in front of nearly every house, on trees, bushes, doors, windows…everywhere, taking different shapes, making it seem almost like daytime. Huge inflatable figures in the front gardens were waving to us: there were Santa Clauses2, of course, chuckling merrily away; and there were also other Christmas figures, like Rudolph3--the red-nosed reindeer--with his red nose gleaming ever so brightly; even Bart Simpson--a character in the famous comedy The Simpsons--had joined the jolly party, wearing a Santa's hat. The street set off a lot of "ooh"s and "aah"s inside the car.4 When we left, there was a line of cars in the street, all there to see the lights.

Christmas is the time for exchanging presents. Stephen and Niko had been thinking about their Christmas lists (a list of things they wish "Santa"to give them for Christmas) for a long time. I didn't want to ask for anything, but the Stapczynskis were so kind to "force"me make one list as well (Mr. Stapczynski told me if I didn't make one he would chop off my legs). So I wrote down a couple of things that I would like to have, and gave the list to them--sorry, my mistake--to Santa.

Finally, Christmas Eve came. There was a special Christmas service at the church at 6 p.m. It was certainly a very interesting experience for me. The priest started the service reading and sang out extractions from a holy book--The Divine Liturgy. For several times, we would stand up and pray.

Sometimes, the church choir would start singing. The atmosphere was very quiet and holy. Then there was a ceremony called "The Receiving Communion". People waited in line to "receive"a spoonful of food from the priest. It was a very special Christmas tradition. The food was made from bread and wine. The bread represents the body of Jesus, and the wine represents his blood. After this ceremony, the priest had a speech. He reminded us not to forget the true meaning of Christmas, and let Jesus really live inside us--that is, to love the people around us wholeheartedly. I think that no matter if you are a Christian or not, this principle should be part of our lives. After the priest finished his speech, the part that I enjoyed most came: Christmas carols5. Christmas carols are songs that people sing at Christmas, such as "Jingle Bells", "We Wish You a Merry Christmas", "Silent Night"and so on. Some were very merry, others sounded quite holy, but all of them were beautiful. I closed my eyes, and let all the peacefulness and happiness that were in the songs flow through me. What a feeling it was!

We went to sleep earlier that day for we had to get up early on Christmas Day to open our presents. Sure enough, when I was still half-way during a sweet dream, Stephen burst into my room and told me to get up and open presents. There were a huge pile of presents under the Christmas tree, and there was such a mysterious mist shrouding them that made me eager to see what they all were. So one by one, we went through all the presents. Mr. and Mrs. Stapczynski had bought me everything I had written on my Christmas list--and a lot more! I got music CDs, film DVDs, clothes, books… I was very happy, and I didn't know how to express my appreciation for what they had done for me.

Stephen and Niko had gotten a lot of presents too, and they had already been trying out their new games!

In the afternoon, we went to Mrs. Stapczynski's brother, Uncle Stan's house. They had prepared a marvelous meal for us. A lot of their friends and relatives also came. I saw Stephen and Niko's grandparents, Yiayia and Papou (words of grandma and grandpa in Greek--Mrs. Stapczynski's parents came from Greece, so they like the boys using Greek words to call them). They were very kind to me, and treated me just like one of their family members. We had a very luxurious meal, consisting of turkey, beef, pork, and all sorts of other food.

After the meal, when all the stomachs were full and everyone was feeling drowsy6 from all the food, we just sat around the table and chatted, just like what we Chinese people do at the Spring Festival. After all, Christmas, like the Spring Festival, is a time for us to get away from our busy lives, a time for family gathering, and a time to have some fun.